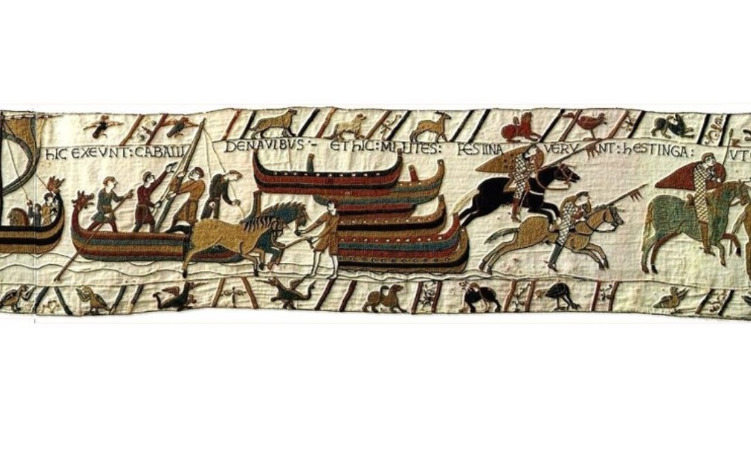 Make your aims ambitious by cutting out excuses for inaction.

In 1066, William the Conqueror led the Norman invasion of England.

After sailing across the English Channel, some historians say he burnt his ships on the beach at Hastings. This makes sense for three reasons. William sends a clear message to his soldiers that they have to move forward and fight (there’s no way back). Second, he clearly shows the strength of his ambition. Third, he publicly commits himself to his aims.

This brilliant tactic helped secure a famous victory. The Normans defeated the English and William became King of England.

Contrast that with current plans of carmakers to go green.

In summer Audi – like other carmakers – said it will phase out the production of internal combustion engines by 2033.

Excluded from Audi’s commitment is the Chinese market. Audi also said, “The exact timing… will be decided by customers and legislation.” Plenty of wiggle room to change their plans, then.

That’s like burning most of your boats… but leaving three intact, just in case.

William the Conqueror didn’t have to communicate with investors and the press in 1066. The court of public opinion was irrelevant. Maybe Audi’s internal aims look different to their press statements.

Either way, it takes courage to be ambitious. I once coached a COO who had six months to close a production site in Australia. In Week 1, on Monday, he asked his direct reports to come up with a closure plan. They returned on Friday with a 180-day Draft Plan. But before they could say anything, the COO halted the meeting. “We now have 175 days, not 180. Go away and revise the plans,” he said.

In that moment, his ambitious aim became more than words. His direct reports were now clear on what was expected. The COO had shown the courage to make his commitment public (amongst his direct reports and workers). As a result, the Australian production site closed in five months, well ahead of schedule.

When top managers’ commitments are clear, they don’t confuse middle management. They remove the alternative options and create the necessary urgency to act. We can all make excuses – customer demands, the Chinese market is a unique case, or not enough charging infrastructure for electric vehicles. But by courageously cutting the alternative options, we are faster to turn ambitious aims from words into action.

Boost your know-how on ambitious aims:

In top restaurants, the Head Chef makes sure the vegetables are served with the meat, not ten minutes later. Synchronized service matters.   The Head