Are you running a top team or big top? 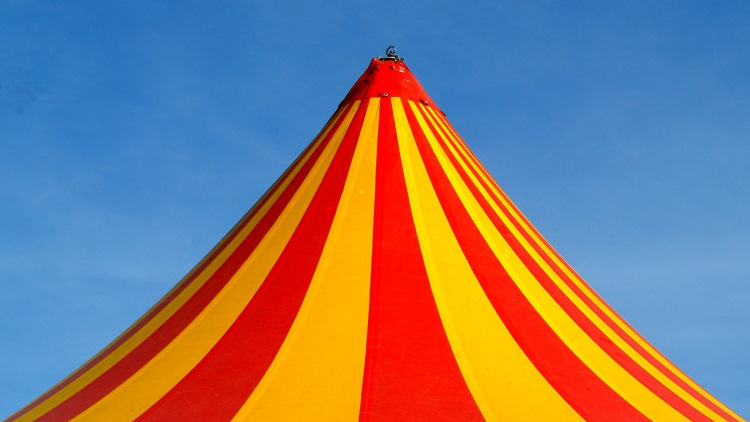 It’s a tough time for global managers. There’s a huge pressure to maintain sales, keep a lid on costs, optimize operations and adapt supply chains. All of this must be done with an uncertain, ongoing pandemic and the move to automation.

Still, there are outstanding leaders who are highly respected by the people they lead. This is the short story on of one those leaders, who I’ve had the pleasure to advise this year.

The leader was promoted in 2020 to Senior VP for Global Sales, for a manufacturing company with 4000 employees split across seven countries.

For him it was a dream come true, the result of years of hard work and personal sacrifices. A seat at the top table was finally his.

So imagine his surprise at his first top team meeting when, as he told me, “It was less top management circle, more like a global circus. It was like walking into the big top.” The meeting of the top 12 executives was dominated by bragging, big talk and bluster. An open constructive strategy meeting it was not.

We’ve all faced similar dilemmas. You join the big league only to be deluded by your dreams and have your hopes hijacked.

Faced with a situation like this, research shows that global managers are like the general population. We know that 90% of people would conform and comply to the top team dynamic. Another 9% would passively resist. Only 1% – the outstanding leaders – would stand up and stand out against the top team dynamic.

What it takes to be a standout Senior VP

Being frank and honest to higher status colleagues is easy… in an MBA ethics class. It’s theory and philosophy. You can be anything and everything when you’re in a classroom.

Leaders are made on courses. They learn best and fast when dealing with reality, being coached and mentored through stretch projects and new global roles.

It’s what you do in the moment that counts. That’s where courage is needed. The Senior VP is a leader who is able to face his fears and still find the strength to move forward.

If you choose not to join the circus, the basic options are: get out or get intimate.

Getting out would have been hard. The Senior VP could have been putting his career at risk. he would have left some good friends and an company he liked. And for what? To prove that he’s got high personal integrity.

Getting out is admirable but don’t expect thanks or recognition from anyone. They’re more likely to be jealous and attack your reputation. After all, they have to justify their reasons for continuing at the circus.

So intimacy has been the way forward for the Senior VP. He chose to be open and honest with people. That means:

The Senior VP’s behaviour reminds me of the tide coming in over the sandbanks. He moves around and over the obstacles in the system. He doesn’t try to wash the system away.

Slowly but surely, he’s built a reputation for being the honest person on the top team. People are playing fewer games with him.

Difference #3: Being clear on his definition of success

The Senior VP always though getting to the top would be the peak of his career. Sadly, at the top he found a circus in the big top.

He’s since realised what drives him is not status; it’s his strong desire to make a difference. And he can still do that without playing games and acting out.

He says getting clarity on that during our sessions has helped him to be even better at his job, calmer and more confident that he is doing the right thing.

So the person I admire most this year is perhaps not the obvious winner: a politician, sports-star or celebrity. It is the Senior VP who has the confidence to transform his company from the inside-out. It is him – and the many others like him – who make the tough choice to be intimate, to evolve company culture and are still successful.