Break up the rule-breakers 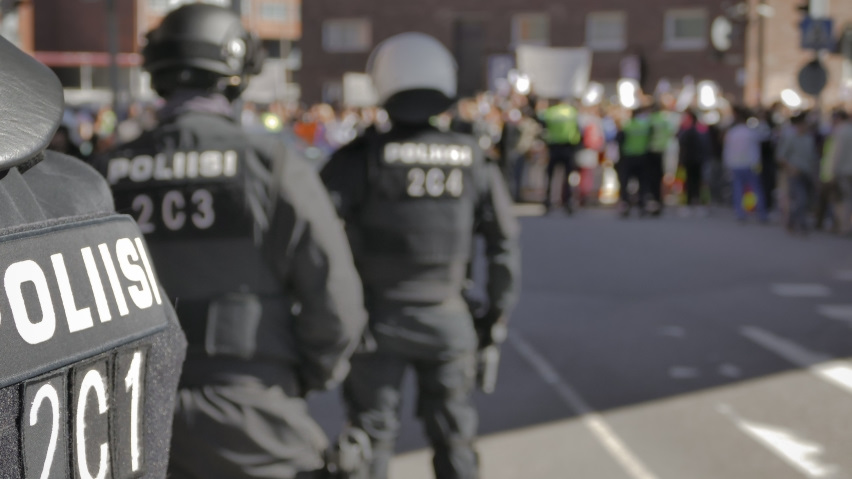 Here’s a paradox: high growth and innovative companies are rule-breaking companies which, overall, have a higher rate of fraud, financial mis-reporting and unethical behaviour.

Think of Enron before the scandal. Think of Facebook’s motto – “move fast and break things” which Zuckerburg emphasised, probably more so before the Cambridge Analytica scandal. Think of Über’s fast global expansion which came with a catalogue of questionable business practices: allegedly spying on customers, blocking local authorities from rides and refusing to classify drivers as employees.

The consequences of corporate crime are serious and undesirable.

At the other extreme, total compliance kills common sense processes and innovative customer service. We’ve all suffered from a provider’s stupid self-made rule which defies all logic.

If you’re new in the top seat, how do you stop people breaking the rules without killing innovation and blocking great customer service?

Here are seven pointers on where to start.

I once asked a senior policeman how the police deal with an angry, violent crowd of 50 football hooligans when they only have five officers and are outnumbered 10:1. “Easy,” he said, “Let them shout. They like that. Use the time to spot the ringleaders – it’s normally only two or three people. Then go in and arrest those three. The others soon shut up.” Sometimes life’s that simple!

Let them go. Replace them with people who have integrity. The three key integrity questions the new senior managers must pass are: Is this manager honest? Does this manager behave ethically? Does this manager use clear moral guidelines? The answers must come from observable behaviours and facts, not hot air in the hiring process.

What happens when evidence of serious rule-breaking comes up months or years later? How to deal with historical rule-breaking? Pre-empt it. Draw a line in the sand by naming a “date-zero”, i.e. after that date no more examples of rule-breaking will be permitted.

If unethical behaviours happened before date-zero they will be remembered but forgiven. (Of course, this does not and cannot cover illegal behaviour where people have broken the law or professional standards.)

#3 Re-structure to break up fiefdoms and abuses of power

In a toxic division or business unit, split it up. Use the re-structuring to have different people running different sub-units.

This is the same concept that good governments use to stop corruption and cronyism when privatising state assets. For example, electricity is split into three units: generation, distribution and transmission with no company allowed to hold more than one unit.

The first decision is whether to tell the truth. One new executive got the employees together and said this, “I’ve always heard about what a wonderful company [ABC] is. But, that’s not what I see. What I see is falling morale, complaining customers, and finger-pointing. I see a place where R&D and manufacturing are at war. You folks in sales blame manufacturing. R&D blames marketing. We’re all so busy blaming each other that nothing gets done. No wonder our customers are furious with us.” Expect a shocked or surprise reaction and keep telling the truth.

In this case, the reaction on people’s faces changed to small nods of agreement, wry smiles and (reserved) applause. The executive created space and the necessary time for his new approach.

Have a handful of simple, clear guiding principles where there can be no doubt if people break them.

One of mine when working with groups is no mobile phones / take the call outside. I explain my reasons, give people an individual choice and leave the responsibility with them. I also take the lead in making sure people stick to the rule. I’ve confronted people from head offices and local offices, from the top and the bottom of the hierarchy who thought the rule didn’t apply to them.

My ultimate sanction: stop and wait in silence until they commit. These cases are extremely rare but sends the signal that it is important to hear everyone in the room when discussing complex change; it’s not only about voicing your opinion.

#6 Create a watchdog with teeth

Pressure to change can come from the boss, from company-wide rules, from a person’s self-discipline. A fourth source of pressure is from a group.

Set up working groups to report back on standard setting and how often rules were kept. Share the data openly, internally so everyone can see the progress being made. Psychologists have long-known that this type of group pressure is an effective tool to get people to stick to new behavioural norms and principles.

#7 Be open and transparent in your decision-making

Not everything can be shared with everyone. Some decision processes need confidentiality. But not half has many as mangers think.

Share your decisions multiple times with multiple people via multiple channels. Some decisions will be wrong. Nobody gets it right first time, every time.

Openness builds trust. Trust gets the people around you to believe in your intent. It also gets people to commit to your direction.

There is a second reason for being open and transparent: it increases empathy between departments and teams. Research show people break rules most frequently for two reasons: to do their job more efficiently or to help a colleague. (Interestingly, better customer service is not a priority. Breaking rules to help customers is near the bottom of the list of reasons.)

In other words, people break most rules to help themselves or their friends at work. By being open to everyone and all teams, you are leading-by-example across these natural boundaries, making it easier for others to follow in your footsteps and reach out beyond their own situation and their closest colleagues. In short, the end result is better collaboration.

The seven pointers above are a starter. They help you to set the right direction from the start without destroying an innovative culture. It still allows managers and employees to take ethical, calculated risks without killing creativity with a light-touch culture of compliance.